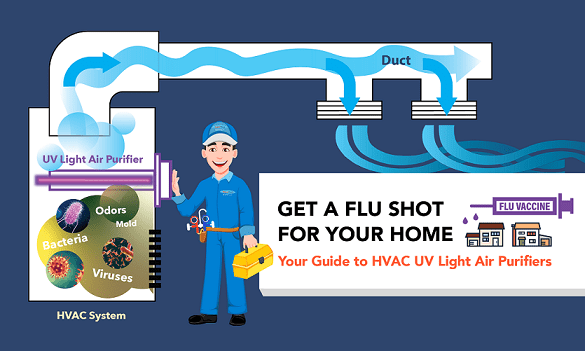 You know what they say – modern times require modern solutions. And HVAC UV light Air Purifier seems to be the embodiment of that saying. Protecting your family, loved ones, and ultimately yourself by making sure the air you breathe is clean and safe is definitely a priority when it comes to the quality of air inside your home.

But can HVAC UV lights actually kill off the germs and viruses that live inside your ducts? And what are they? How do they work and what are the benefits of HVAC UV light Air Purifiers? The more you know, the better. So here is all the info you need, in your go-to guide on this wonderful solution for killing bacteria, viruses, and mold in HVAC systems. If you are a small business owner  and would like to find out how to incorporate HVAC UV Germicidal Irradiation into your workplace health and safety plan, check out our blog “Clean Your Facilities’ Air with UV Germicidal Irradiation (UVGI) in HVAC and Reduce Disease Transmission“.

What Is UV Light?

Before we can delve into the actual topic of HVAC UV lights and how they work inside your house, we need to establish what exactly is UV light in itself, because that is what the technology is based on.

To begin understanding, we can compare UV light to the light we are all familiar with. The latter, the visible one, extends from violet (400 nm wavelength) to red (700 nm wavelength), the colors perceived by the human eye.

Whereas UV or ultraviolet can be described as electromagnetic radiation as well. Except that it has a rather shorter wavelength than visible light. Therefore, humans are not able to see it.

Going a little deeper, we can divide the UV spectrum as such:

Of course, when you put it in such simplistic terms, it might seem far-fetched that one can use HVAC UV lights against germs, bacteria, virus or mold.

So let’s not do that. Instead, let’s look at some scientific facts and, more importantly, studies that have been conducted on the efficiency of UV lights in this regard.

Despite the fact that this seems like a relatively modern idea, the use of UV lights has been with us for far longer than you might think.

For example, more than 100 hundred years ago, in 1903, Niels Finsen won the prestigious Nobel prize in Medicine. He used UV lights to treat tuberculosis. Based on his fantastic work, ultraviolet light has this past century been used to sterilize hospitals, water, and restaurants.

To bring more light into the matter, two studies have been conducted which prove that UV lights are effective in killing bacteria both in hospitals and in commercial HVAC systems.

The first study was conducted in 2012 at the Duke University Medical Center. With the use of UV lights, researchers eliminated 97% of bacteria that were resistant to drugs in 50 hospital rooms.

The second study was conducted in a commercial office building for over 4 months. At the end of the study, researchers found that the levels of fungi after using UV lights were far lower than those in air handler units.

What Are The Benefits Of HVAC UV Light Air Purifier?

What Type Of HVAC UV Light Air Purifier Do You Recommend?

But what makes the Air Scrubber so different and why do we recommend it? Because unlike other solutions that just treat the air, the Air Scrubber will also clean the surfaces in your home, making them safe once more.

The device is meant to be installed into your HVAC system, namely in the forced air duct. When you start using your AC, furnace, or fan, the air starts to flow through the Air Scrubber. However, as opposed to air filters who simply trap bacteria and other contaminants, the Air Scrubber actually kills all the dangerous pathogens such as mold and mites that cause your allergies and colds by using its powerful UV lights. 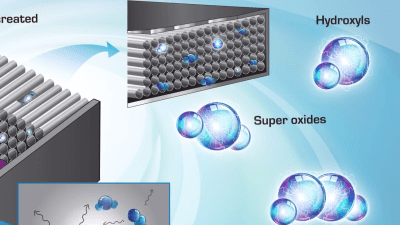 Apart from that, the Air Scrubber also uses its patented ActivePure technology to send oxidizers back into the environment. They will kill the pathogen agents in the air and on the surfaces of your home. These are the so-called scrubbers that give the device its name. They are highly effective against fungi, mold, microscopic bacteria, viruses, smoke, pet dander, germs, impurities, and foul odors. 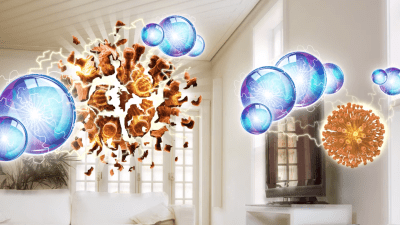 Now, you can benefit from that technology as well for your home or workspace. It will relieve your allergies, get rid of mold and dust, extend the life of your HVAC system, reduce the risk of getting sick and help you cut back on your energy bills. Please contact us today to ask more questions or book an appointment to get the Air Scrubber installed!

Why Is My AC Compressor Not Turning On? How to Fix [With Pictures]

Why Is My AC Compressor Not Turning On? How to Fix [With Pictures]

Sticky Humidity Got You Down? A Whole-House Dehumidifier Is The Answer!

Sticky Humidity Got You Down? A Whole-House Dehumidifier Is The Answer!

Please log in again. The login page will open in a new tab. After logging in you can close it and return to this page.